Spaces Between Time - Concept Element from Psychotropic Films on Vimeo.

NOTE: Please use headphones while viewing this video

Gina and I have been discussing how we are going to incorporate into our docu-film, certain memories that were inspired from the far past that made their way into Outskirts of Infinity when I was working on the film in 2005-2006.

One particular element was the haunting table and chair arrangement with a doll head on the table and a sign that was set up deep in the mine tunnel at Ruby.  This transitional element in Outskirts was not just some random bizarre idea.

The above film segment was created for our "Spaces Between Time" documentary in order to demonstrate the importance of inspired memories in my films.  But importantly in 'Spaces' I want to  maintain a sense of mystery in order that the audience when watching 'Outskirts' can still have their own experience.  In other words our goal with the documentary is for it NOT to be a spoiler for the viewing of 'Outskirts'.  Rather we want our docu-film 'Spaces' to add to the mystery of 'Outskirts', while at the same time validating my subconscious film-making process stays that I have been developing and refining over the past decade.

Bart
Posted by Blogs of Bart Santello at 8:09 AM No comments:

I'm use to developing digital films on my own.  However, for this Spaces Between Time featurette I'm open to ideas from the production team.  Case in point; Filmmaker Scott Hellon (Point of View Pictures) who is assisting in the production.  I stopped in Tucson the other day and we had something to eat while reviewing a brief edit of early scenes from my laptop.  I was really fixed on the idea of beginning this film with a moment of serendipity that happened and helped launch a creative filmmaking period for me in the years 2005 & 2006.
After looking at my short edit for the introduction,  Scott felt the 'moment of serendipity' that I eluded to earlier wasn't working with the stronger images that were to follow in the edit.  I thought about it and agreed with Scott the some footage would have to find a home elsewhere in the film, or be simply removed. 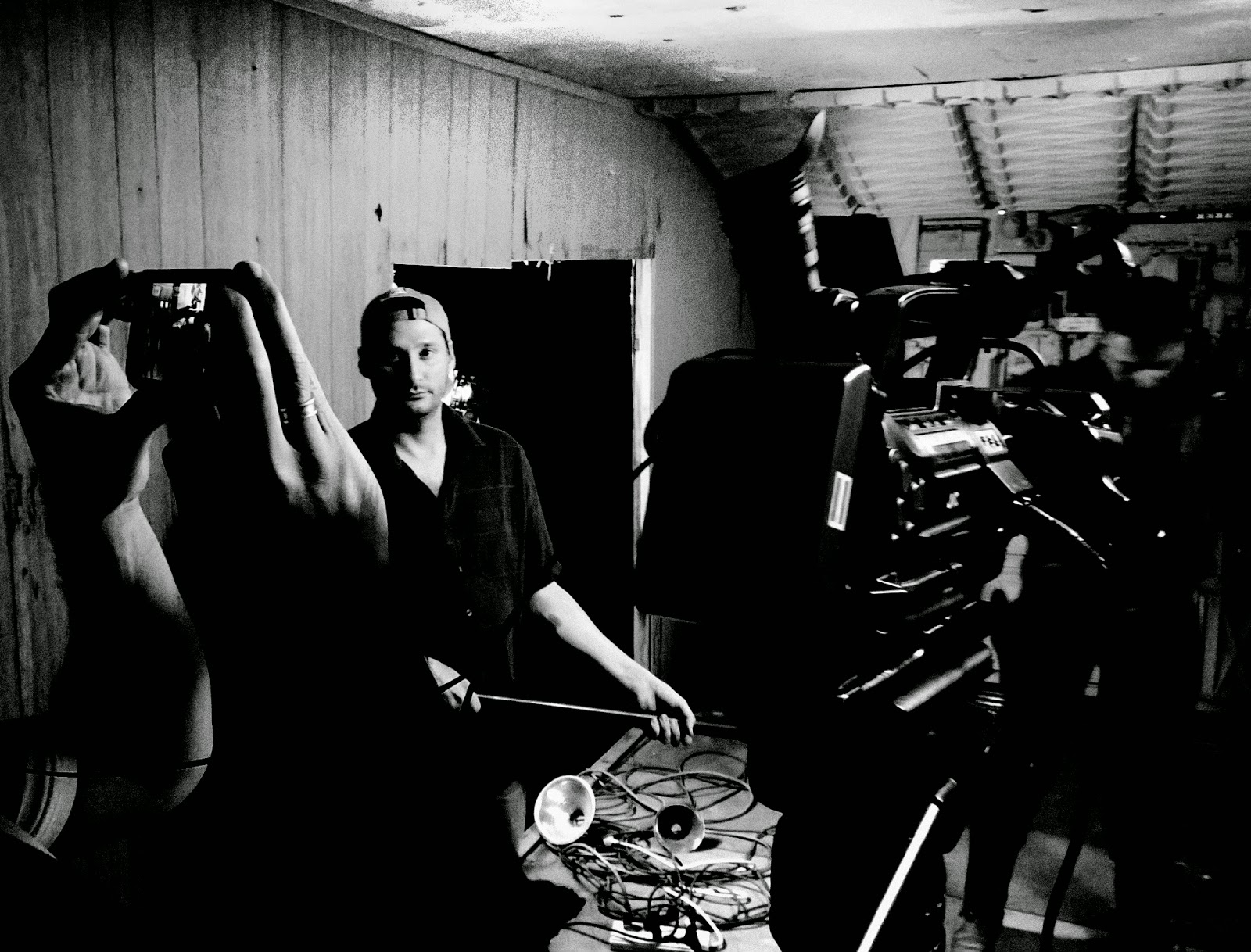 Scott Hellon working sound on the set of Wastelander
Regina Aroneo and I have had an ongoing dialog about film and culture for about 15-years.  As an educator, Gina's instinctively collaborative.  After reviewing what I filmed of her conversation with artist Peggy Kane last week for The Spaces Between Time; Gina conveyed to me that Peggy's discussion of the metaphysical elements present in her artwork was perfect for the story that we have established.  Being absorbed with technical aspects of the film, I trust Gina's assessment of the interview and now my job as the director is to identify essential elements in the interview that can be applied to this documentary. 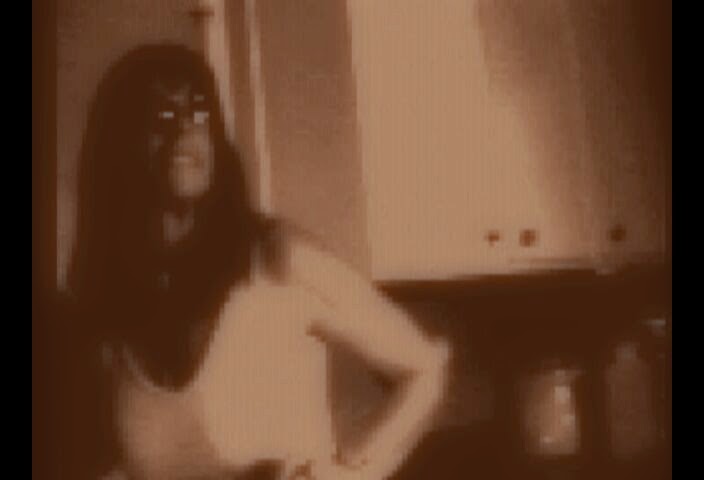 Regina Aroneo filmed with a PXL2000 (Pixelvison) Camera
Posted by Blogs of Bart Santello at 11:33 PM No comments:

This past weekend writer-producer for The Spaces Between Time, Gina Aroneo, engaged Arivaca artist Peggy Kane in a conversation about her metaphysical paintings that inspired concepts in Outskirts of Infinity and helped establish the filmic frame-work that led to a sense of timelessness and contemplation of inter-dimensional gateways in the film. 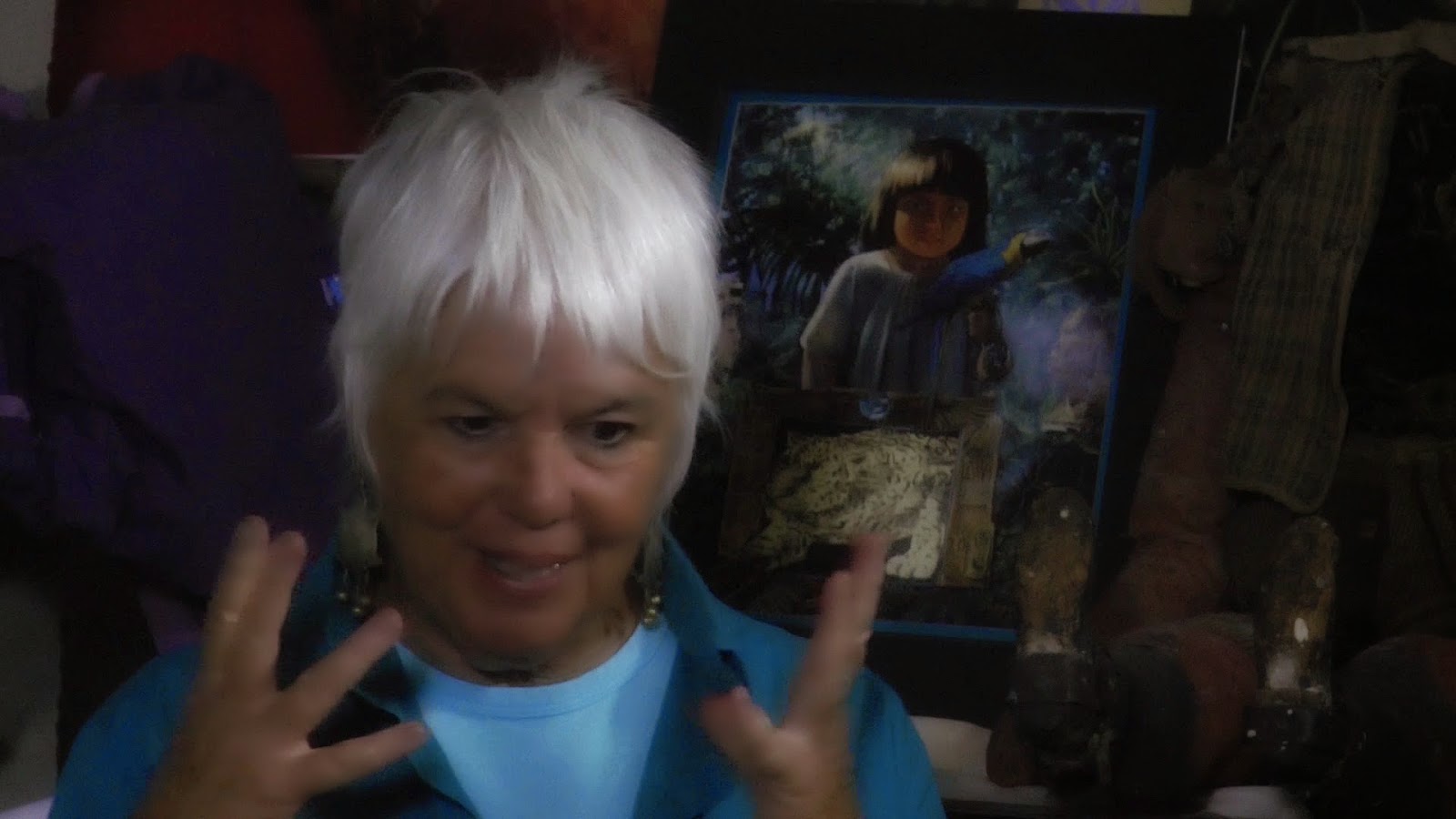 Above: Still image from digital video﻿ of Peggy Kane in her studio (Arivaca, AZ)

[Pre-Production journal entry from September of 2013]:  Peggy Kane's contribution (as an artist) will be more focused on the metaphysical elements of her artwork used in the film; the Jaguar (as the shape-shifting Shaman) photographed around the mountains of Ruby; time travel and other areas where she encounters a vision.
Posted by Blogs of Bart Santello at 10:58 AM No comments:

Easing Into a Dream

It feels good to begin a film about a film, especially when that film was my 'Outskirts of Infinity' first released in 2006.  It's a film about man and nature, light and dark, above ground and below ground, the portals that connect time; and the animal spirits who play with our perception the past and the present.  The Outskirts of Infinity films is about all of those things, wrapped in a dream.

This film project, 'The Spaces Between Time' will examine the elements making up the film. One of those elements was myself as the filmmaker.  Why was I there in the ghost town with my cameras?  What happened experientially during that time; and what inspired me creatively to assemble the ideas that became Outskirts? 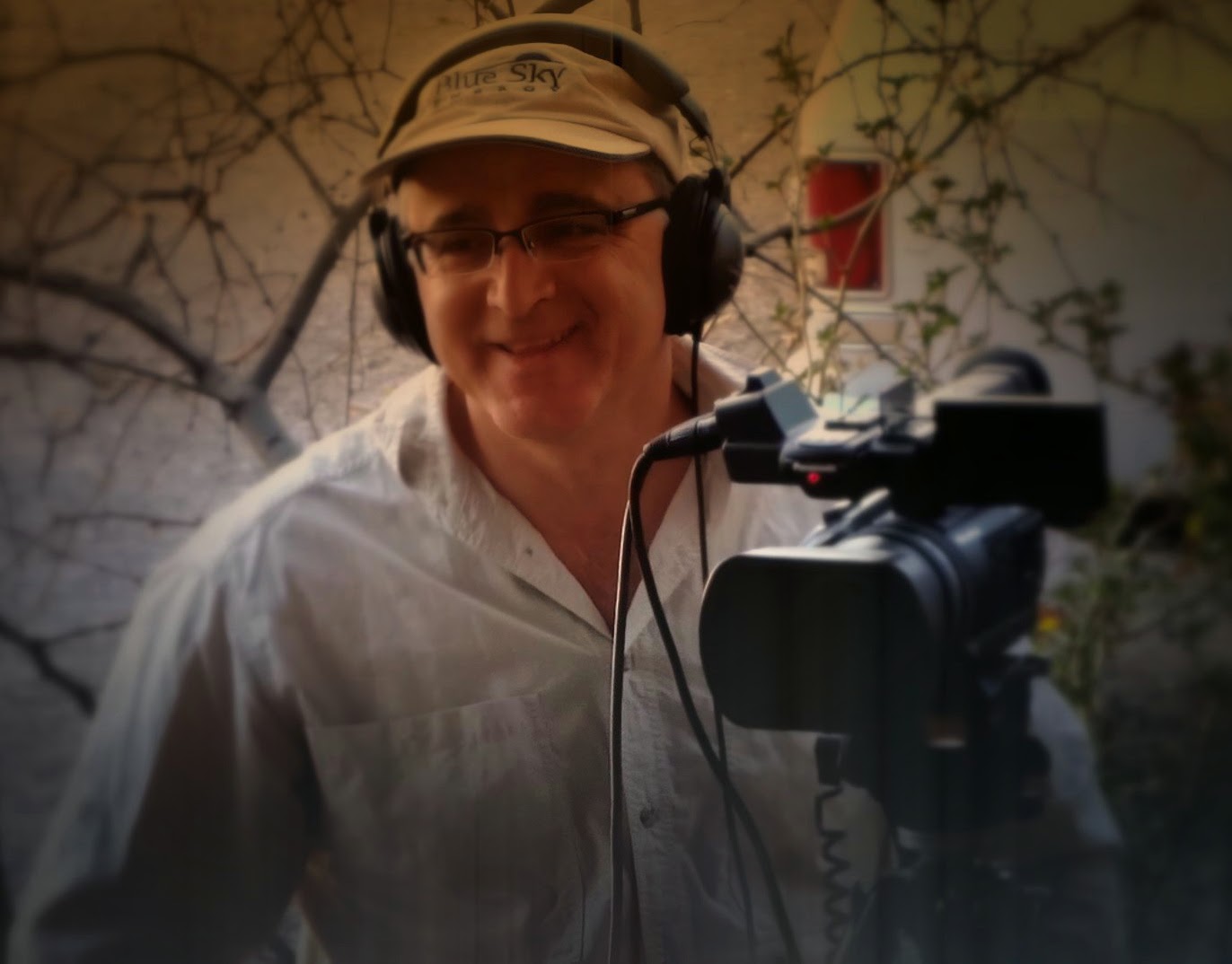 Another of those elements is Sundog, a man who lived at the outskirts in the ghost town of Ruby, Arizona and experienced many things we'll never see. 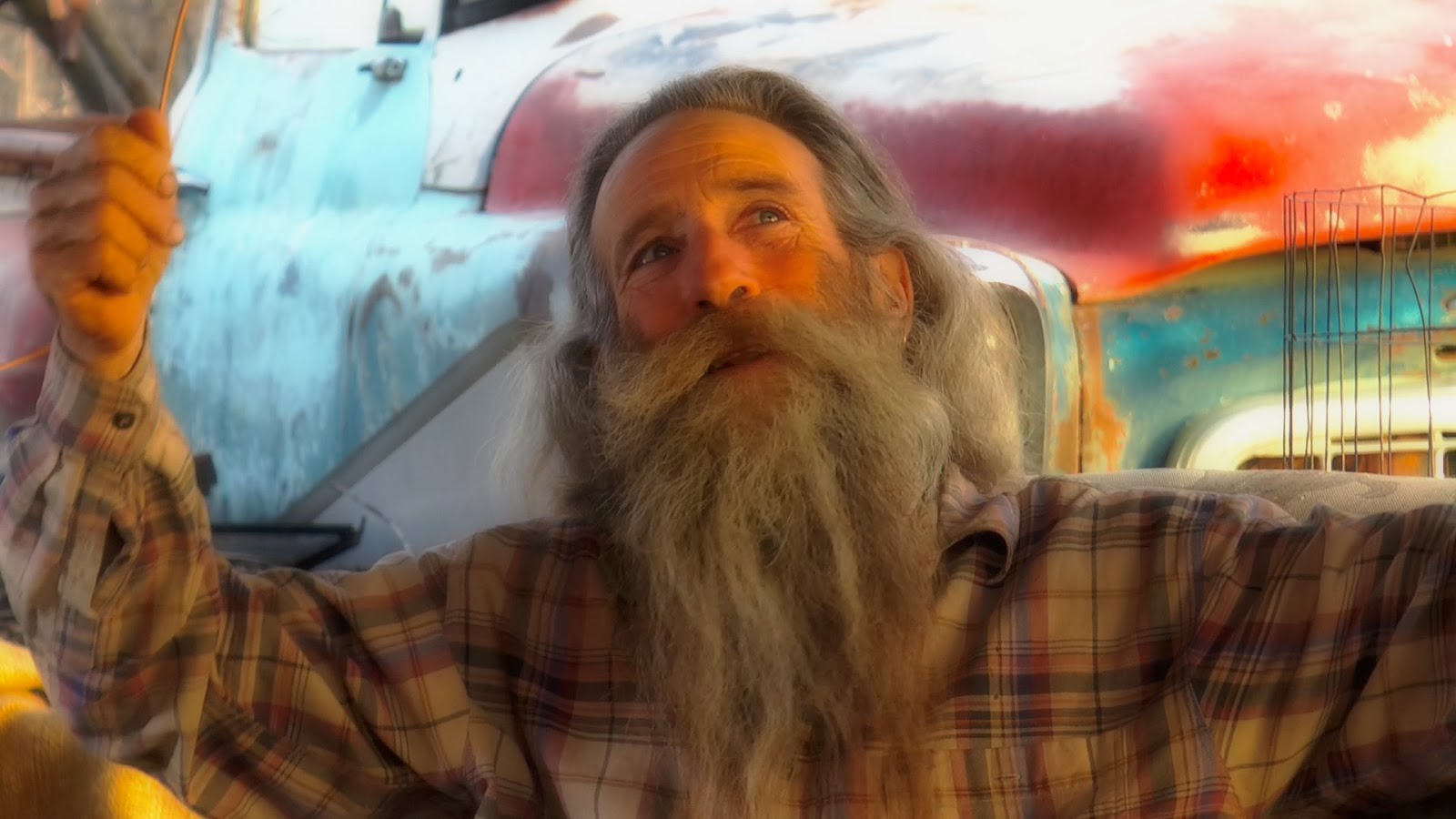 SUNDOG'S MEMORIES OF THE BATS


What has me really excited about this project is that there will be so much to share with the viewer on how these 'elements' that make up the film came together.  What I hope will add real 'dimensionality' to the film will be how these random happenings were assembled to tell a story.  That's the mystery I need to unravel.  The photo above of Sundog was taken on February 22nd, while filming an interview with him.  I went away feeling really good.  It was the feeling that we're on our way.
Posted by Blogs of Bart Santello at 8:41 PM No comments:

Gina Aroneo and I are working together to make The Spaces Between Time a reality.  As the project moves forward, Gina is making her contributions to the project more pronounced as she's starting to connect with the ideas and concepts I'm communication with her both in conversation and through seeing the actual process of making the film. 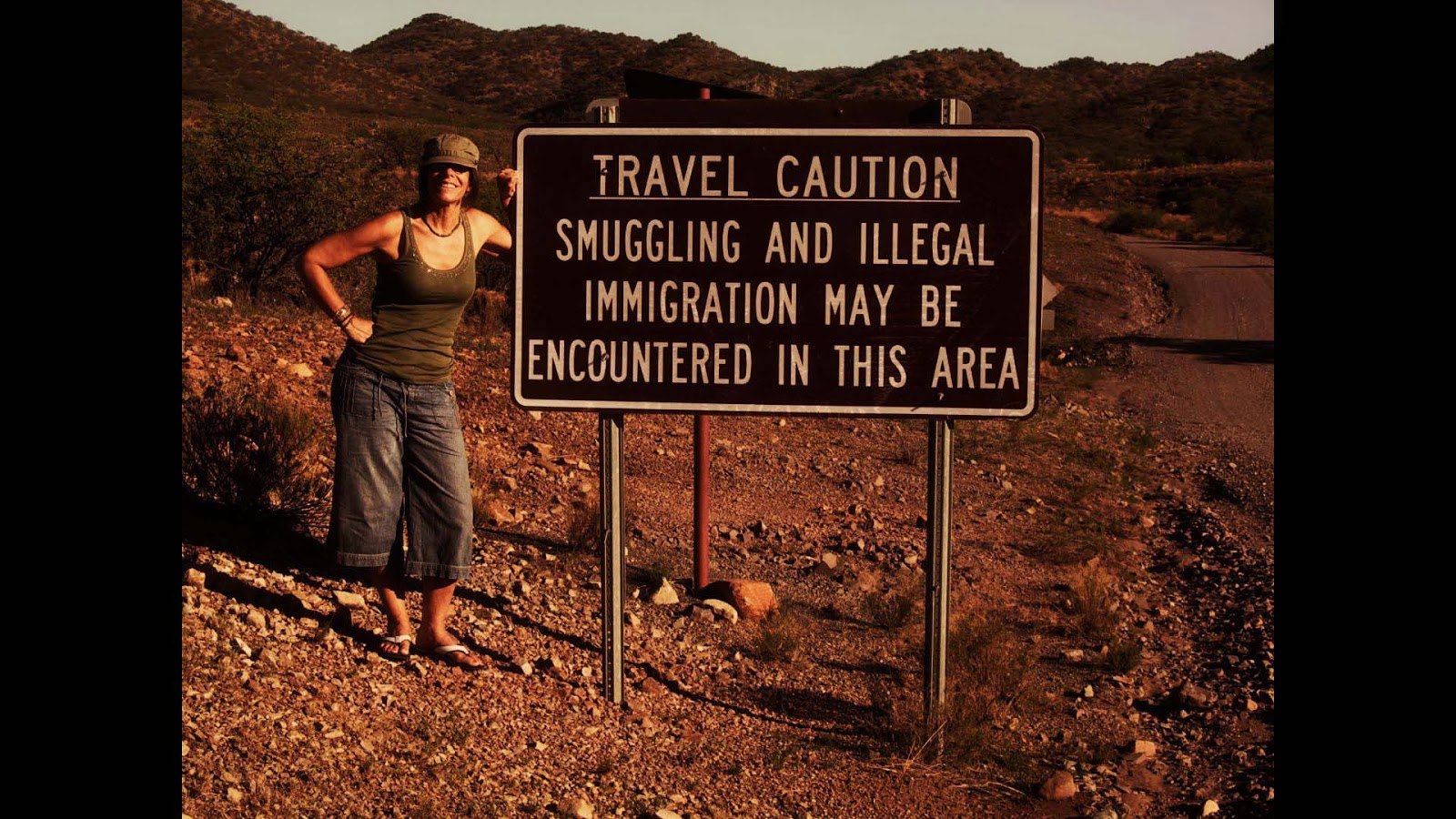 GINA AT THE OUTSKIRTS
Posted by Blogs of Bart Santello at 9:11 PM No comments: 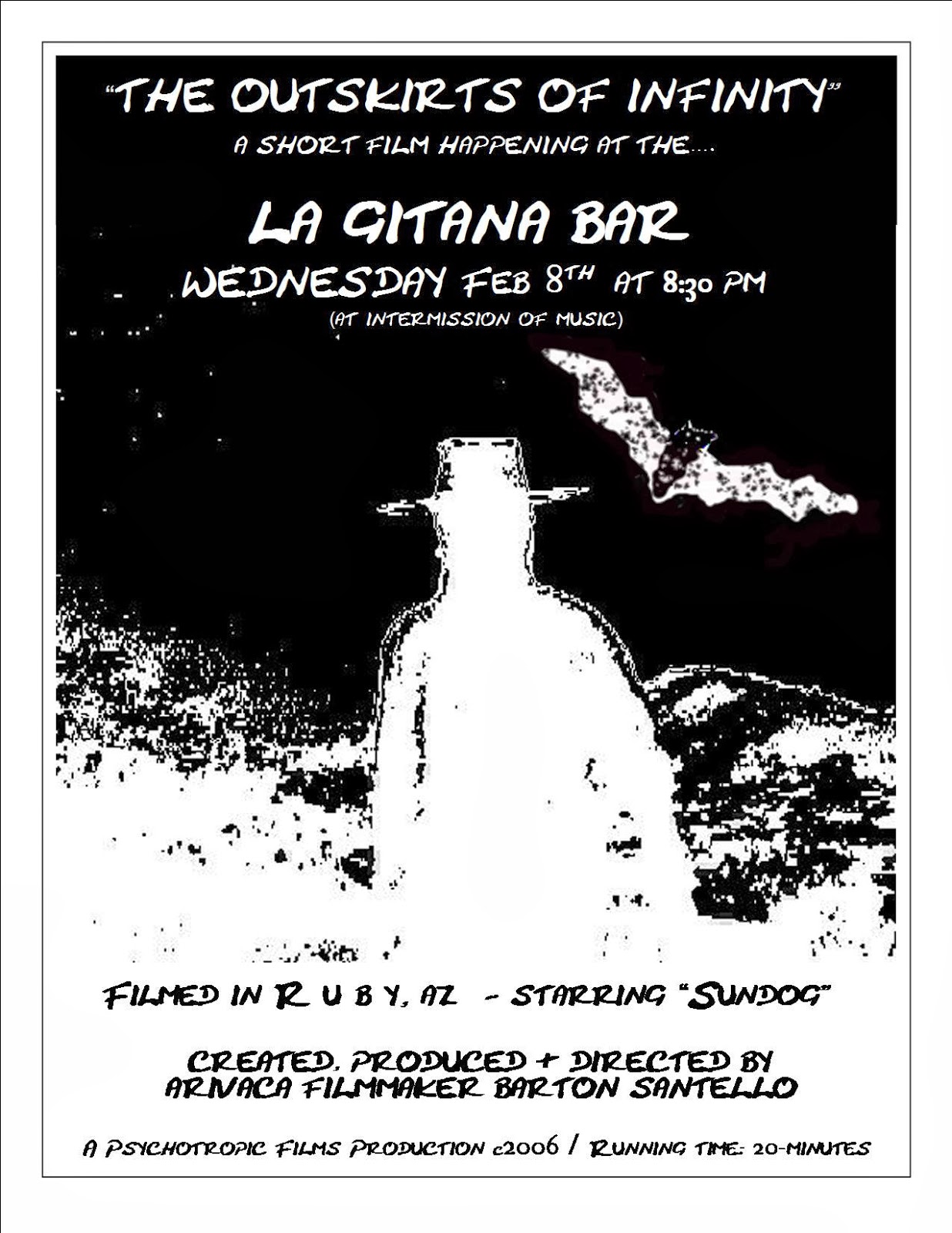 Posted by Blogs of Bart Santello at 9:48 PM No comments: 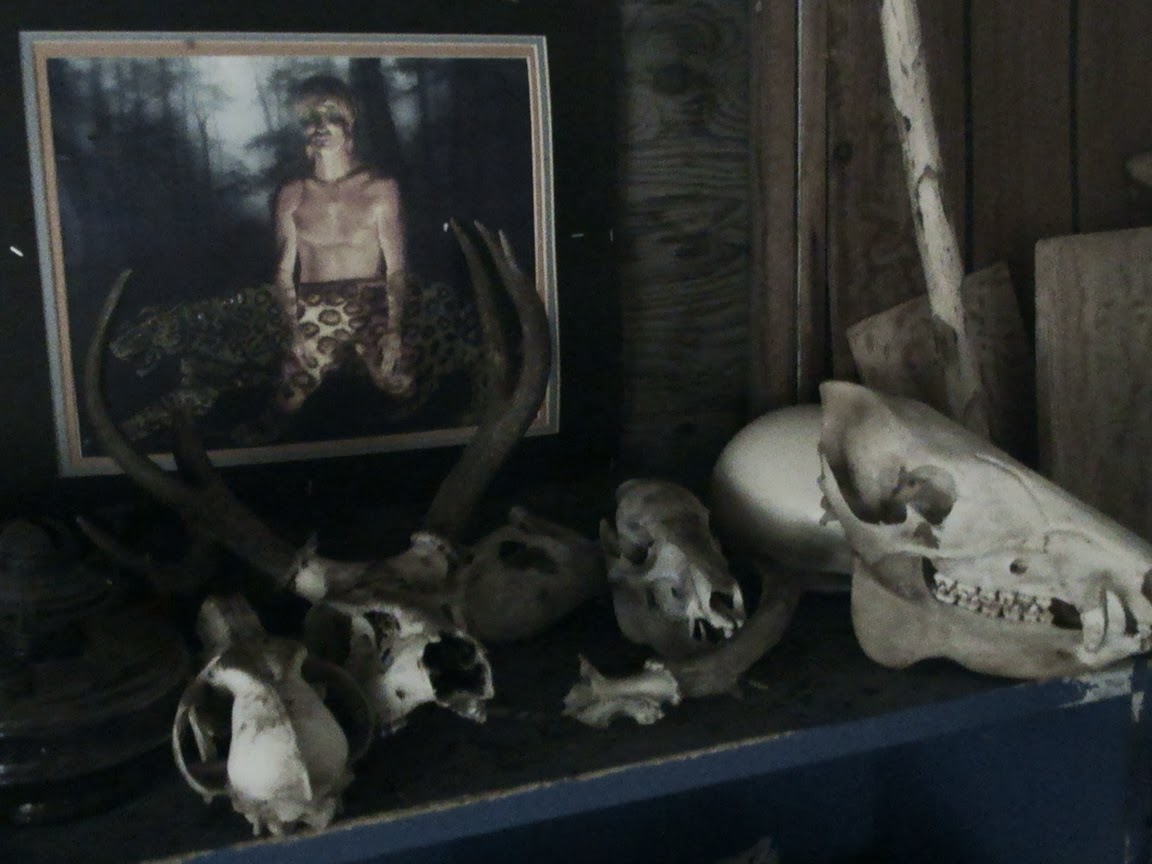 The painting 'The Jaguar Shaman' by Arivaca Artist Peggy Kane (above), became a central element in the film as a metaphysical element linking place and time.  Meanwhile the real earthly Jaguar roamed just outside (below).  This film will go there. 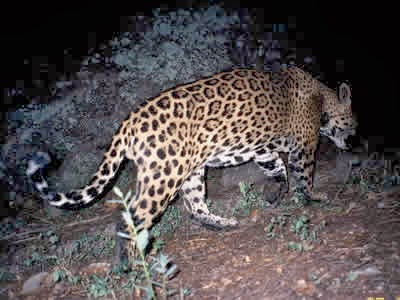 The photo above is that of a Jaguar known as 'Macho B' who at the time of filming outskirts in 2005, inhabited the mountains that surrounded Ruby.
Posted by Blogs of Bart Santello at 10:01 PM No comments: